GODZILLA: KING OF THE MONSTERS

Designing Ghidorah for Godzilla: King of the Monsters


Back in 2016, I was approached by director Michael Dougherty to work on the designs for Godzilla 2: King of the Monsters. I designed for 5 months on the project, waited 3 years to see my designs on the movie screen, but I have prepared a lifetime for the opportunity. And it was all worth it.

During pre-production, I worked on the designs of both Rodan and Mothra, but my main task was on Monster Zero himself, King Ghidorah.


These are some of the very early comcepts I did on Ghidorah, exploring the character's on-screen presence and also its neck & torso anatomy. 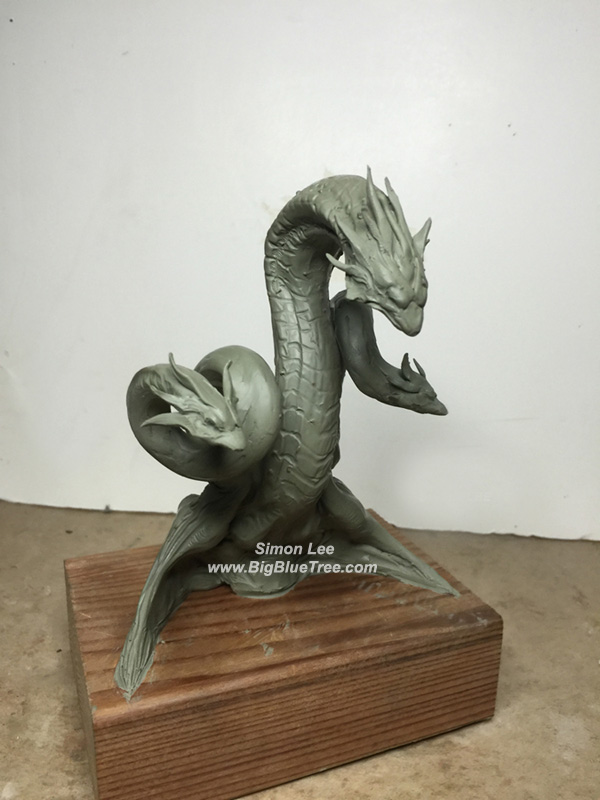 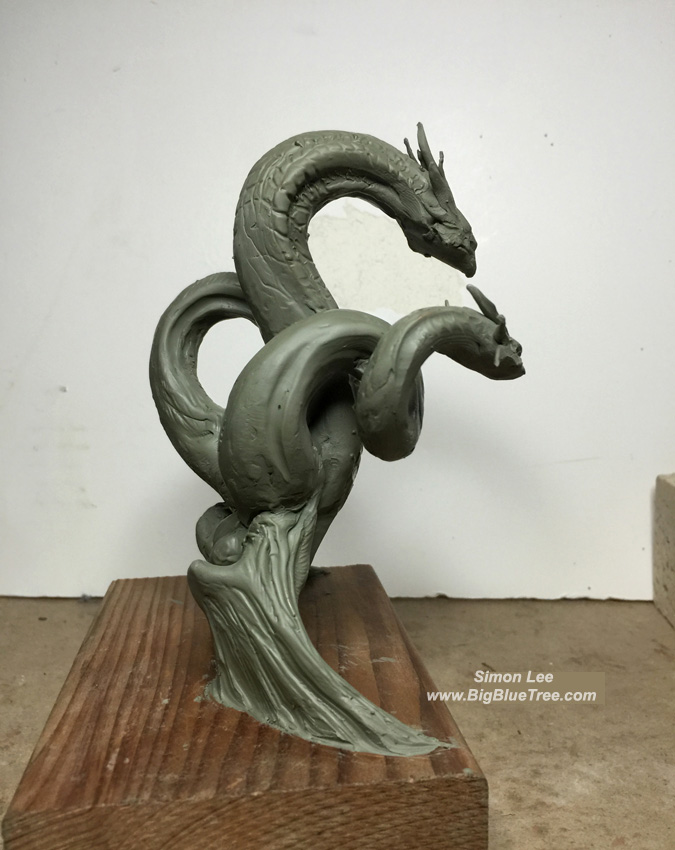 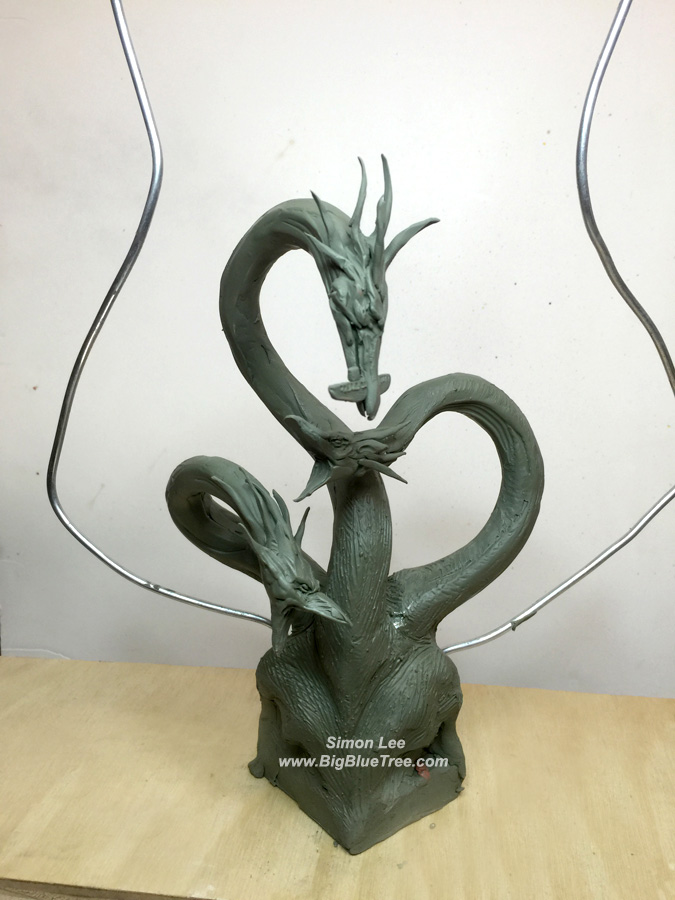 I pitched the idea of framing Ghidorah's heads emerging as the Devil's trident, which ended up in the film. 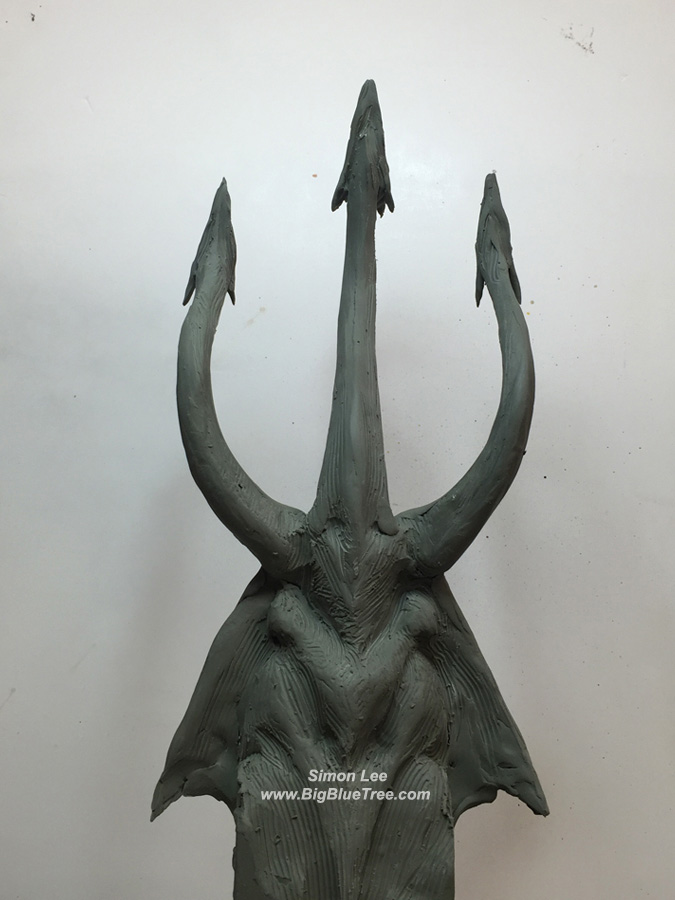 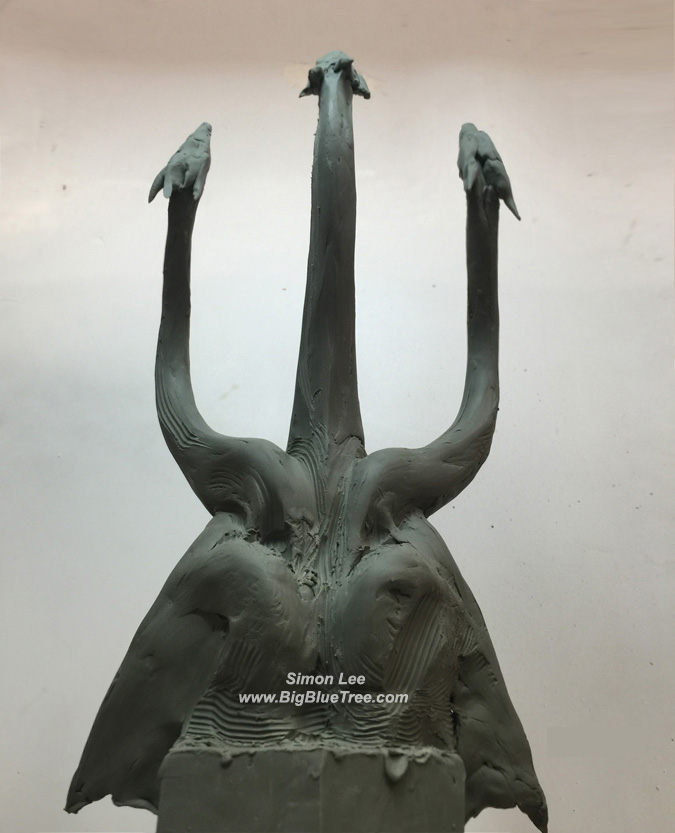 My Godzilla vs Ghidorah battle concept sculpt was also turned into a digital concept art and used as the 2018 SDCC exclusive poster. 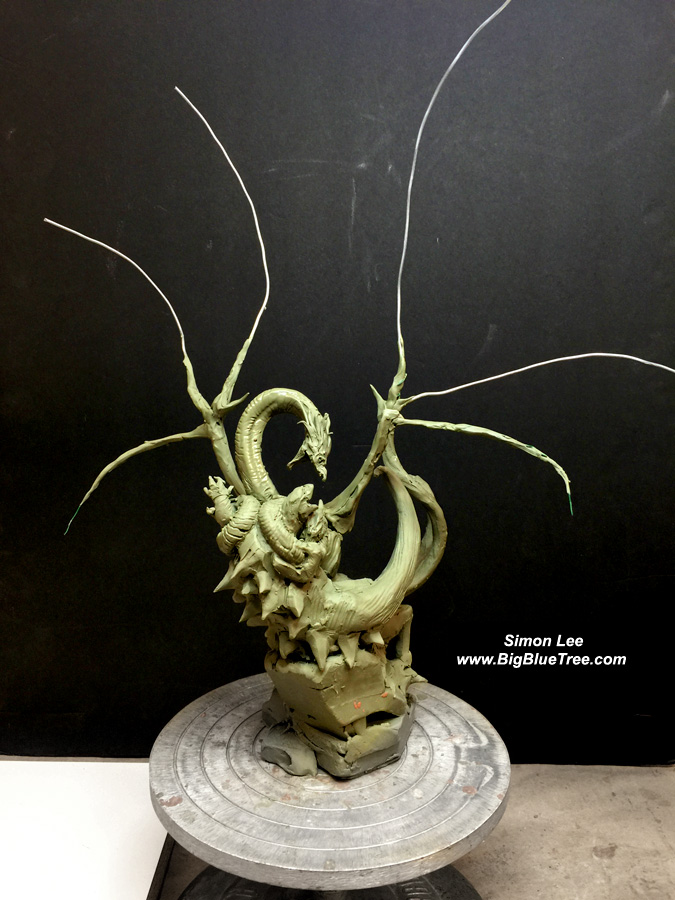 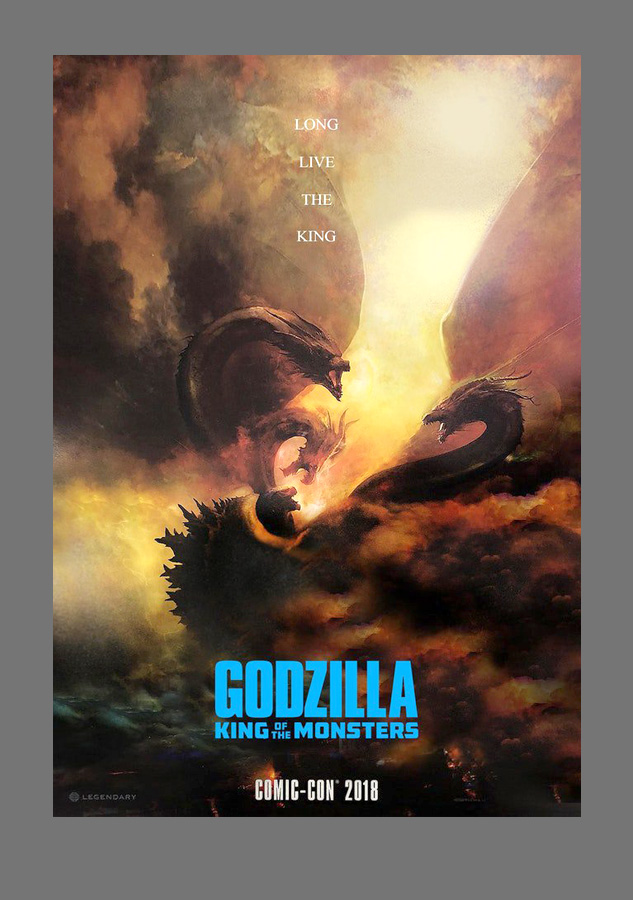 Another digital concept art based on one of my concept sculptures 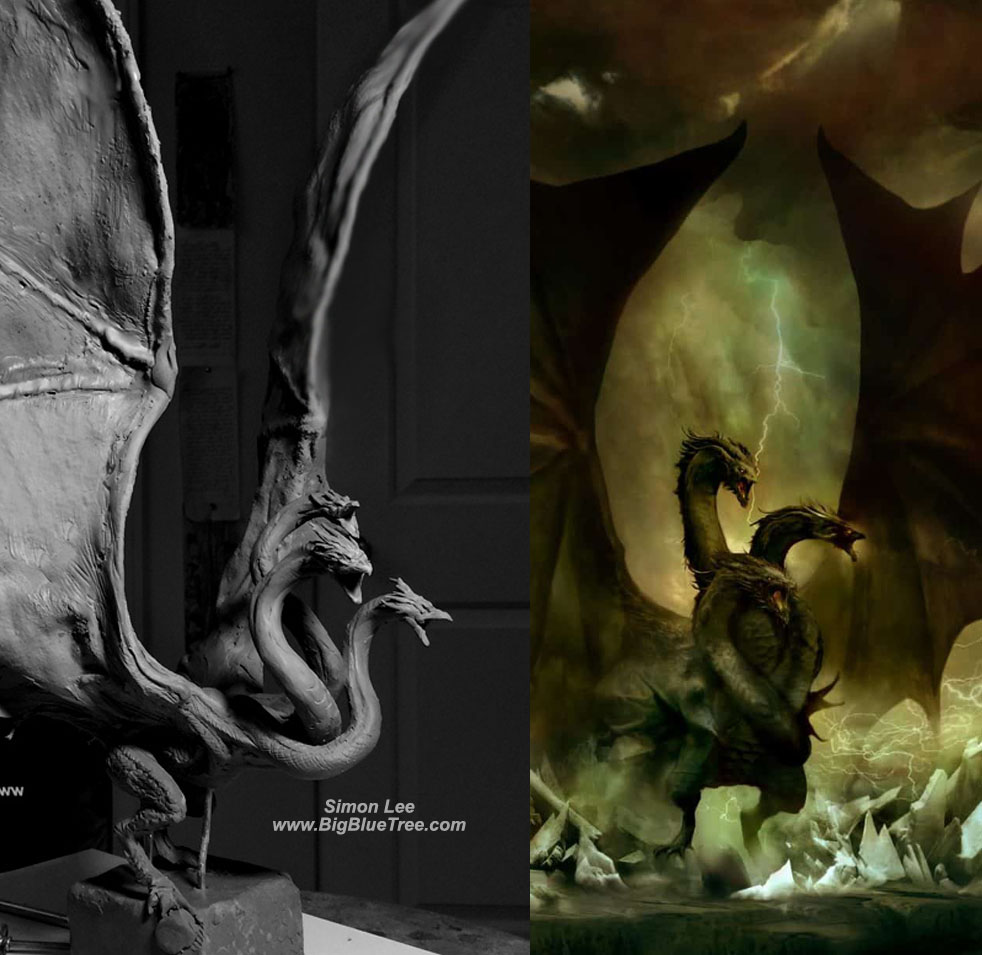 
Start from the get-go, our director had a clear vision of what he was looking for. The designers contributed concept ideas, but Michael Dougherty really shaped the entire monsterverse for Godzilla 2. For my part, I must have done close to 60 concept sculptures of various sizes to work out the designs on the various parts of Ghidorah. I used a principle that Guillermo del Toro taught me - think like a director and look at the designs through the camera lens, and figure out the parts where the camera pans. So for Ghidorah, I worked in stages on the head designs, the muscular anaconda-like necks, the front and back anatomy, the giant wings, the head-tail balance etc. As a concept & character designer that works in traditional clay (I sculpt faster than some people can draw), my designs always have a huge emphasis on physicality, balance and practicality. Just like any real life animal, form must always follow function. Sure we'd want the monsters to look cool, but they'd have to be able to move first. And if my Ghidorah can stand, battle & spread its wings, I am making certain that the VFX artists and animators will have no problem making the creature work in post-production. 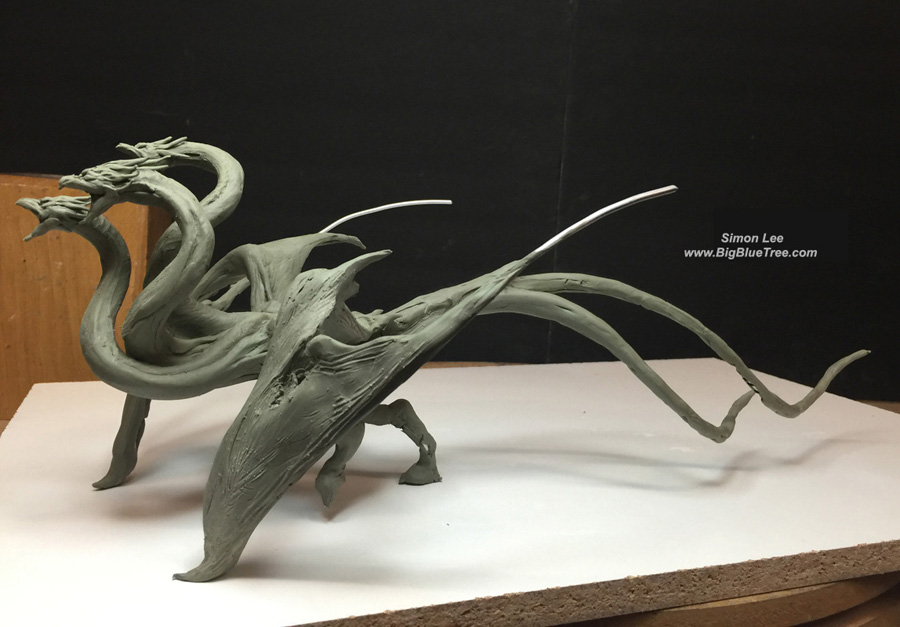 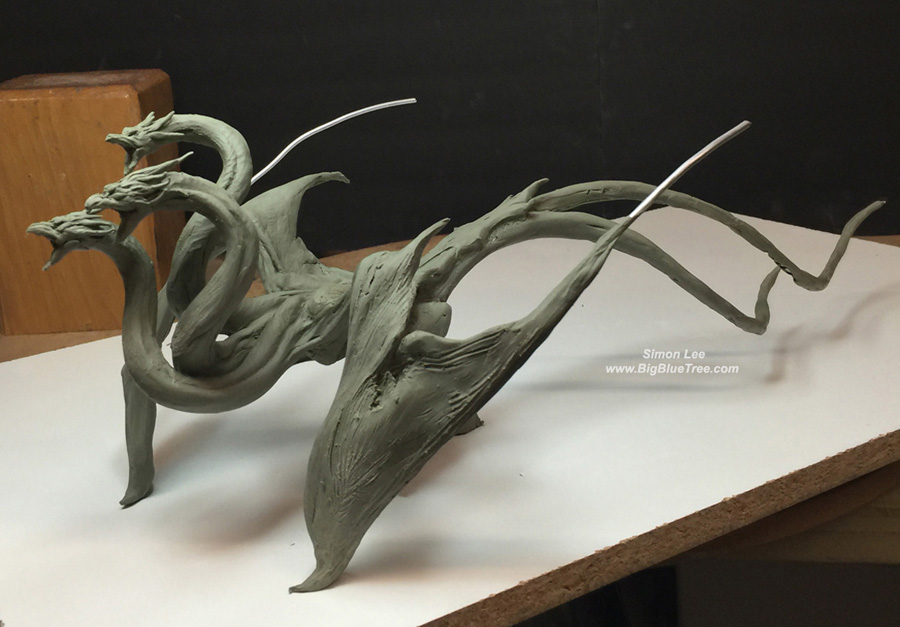 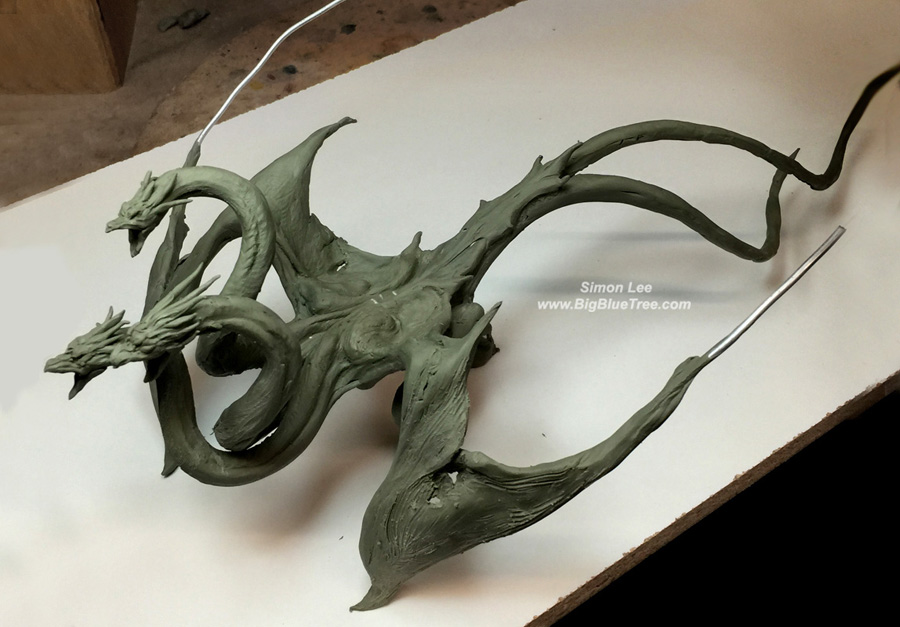 My designs on Ghidorah's head and neck that the director liked. 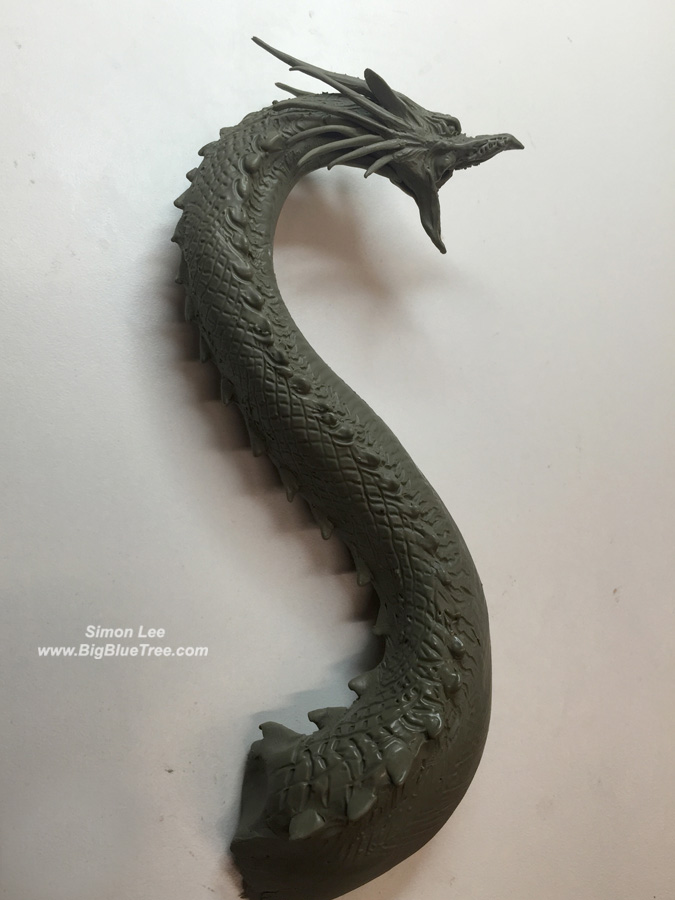 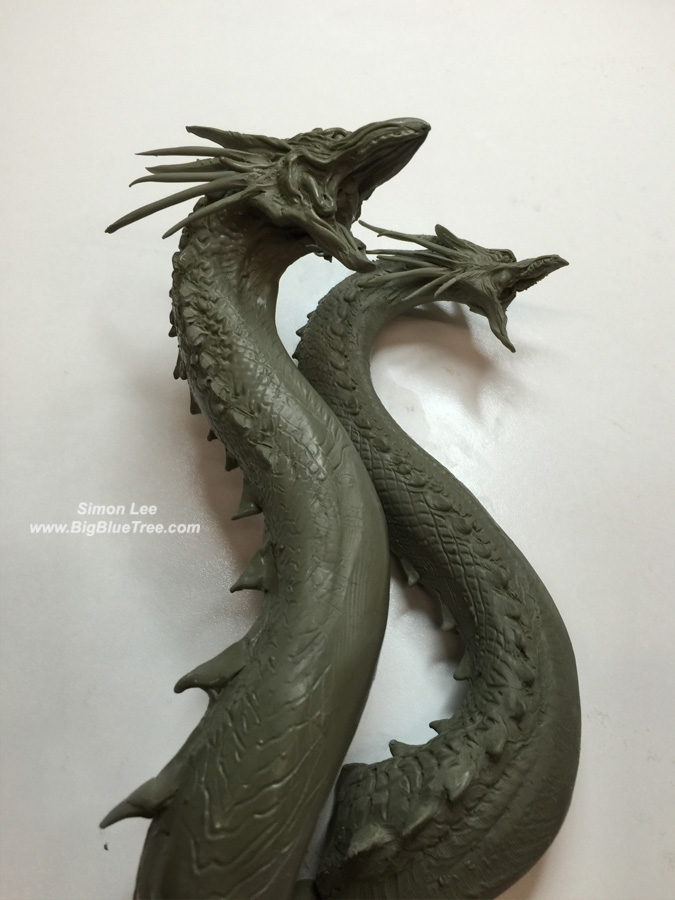 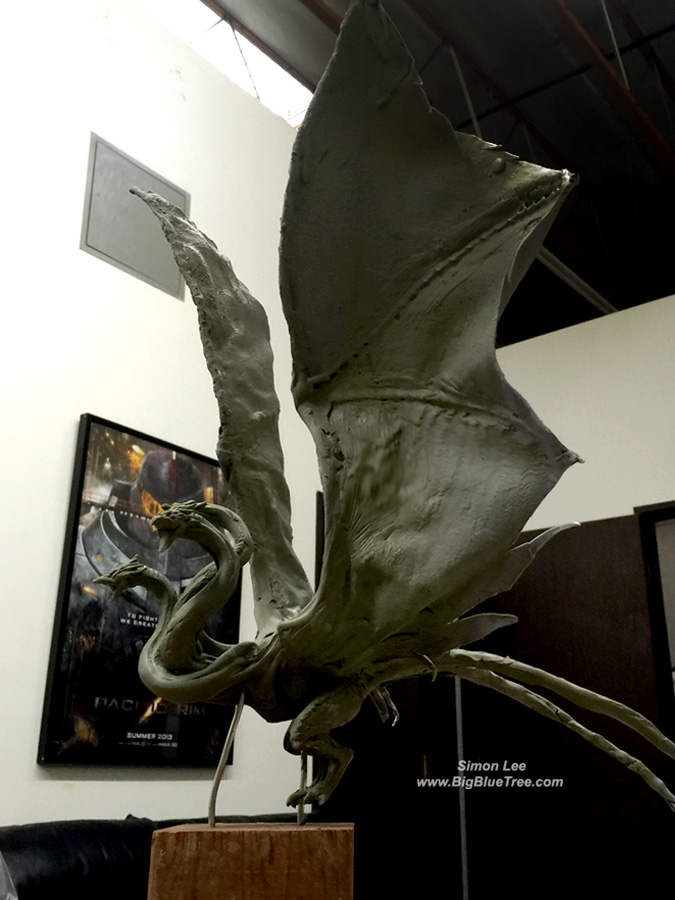 Once most of the parts were figured out, I moved onto a large scale and started to piece together my Monster Zero 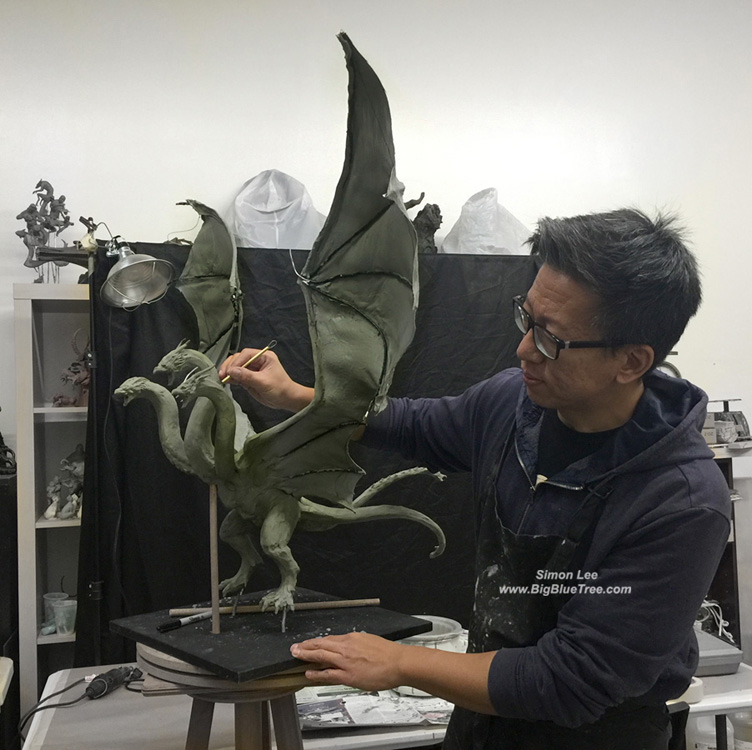 
Towards the end of pre-production, I pieced together all the designed parts and started working on my final design and sculpt on the alpha monster for the project. In the end I had close to four weeks to sculpt a bigger version of Ghidorah for our presentation to Warner Brothers. It was a huge success. And the rest is cinematic history.

Here it is, King Ghidorah, my final design & sculpt for the project. Thank you Mike for having me on this project. Long live the king. 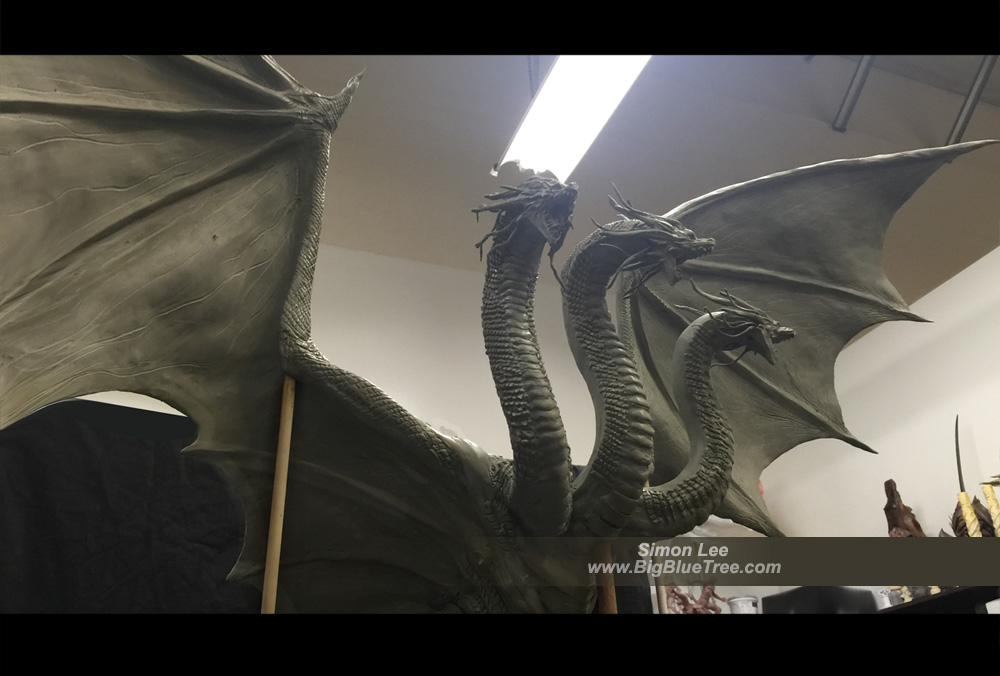 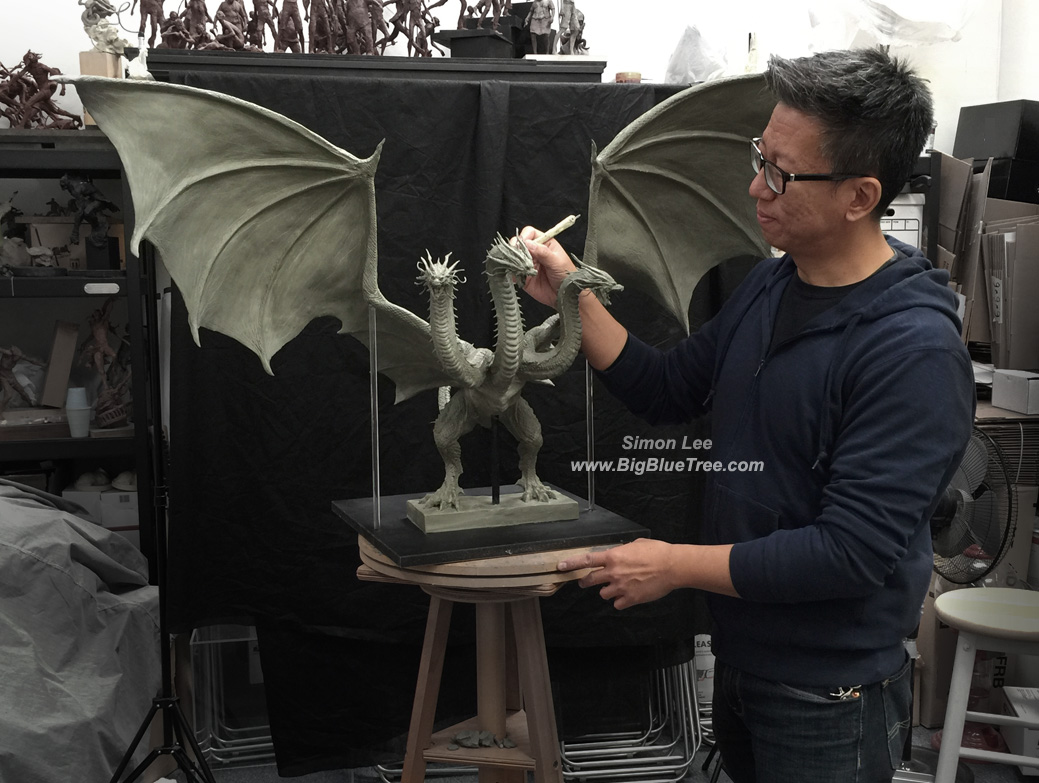 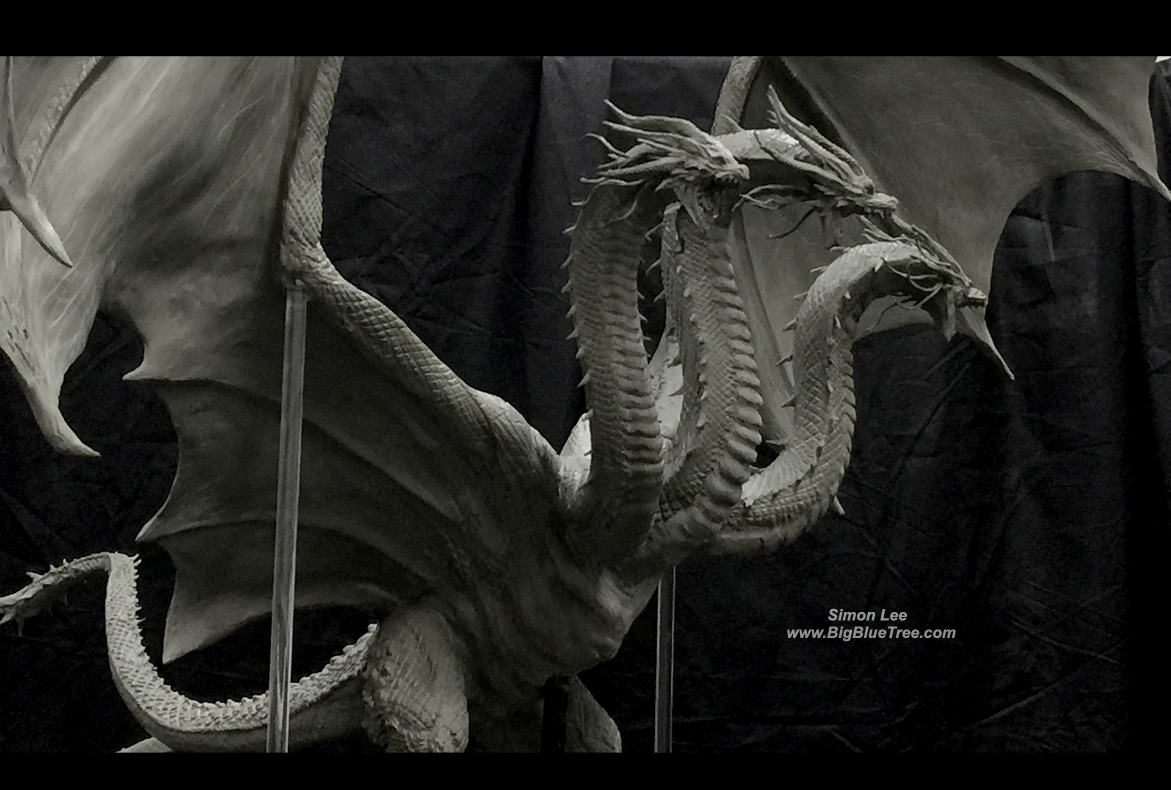 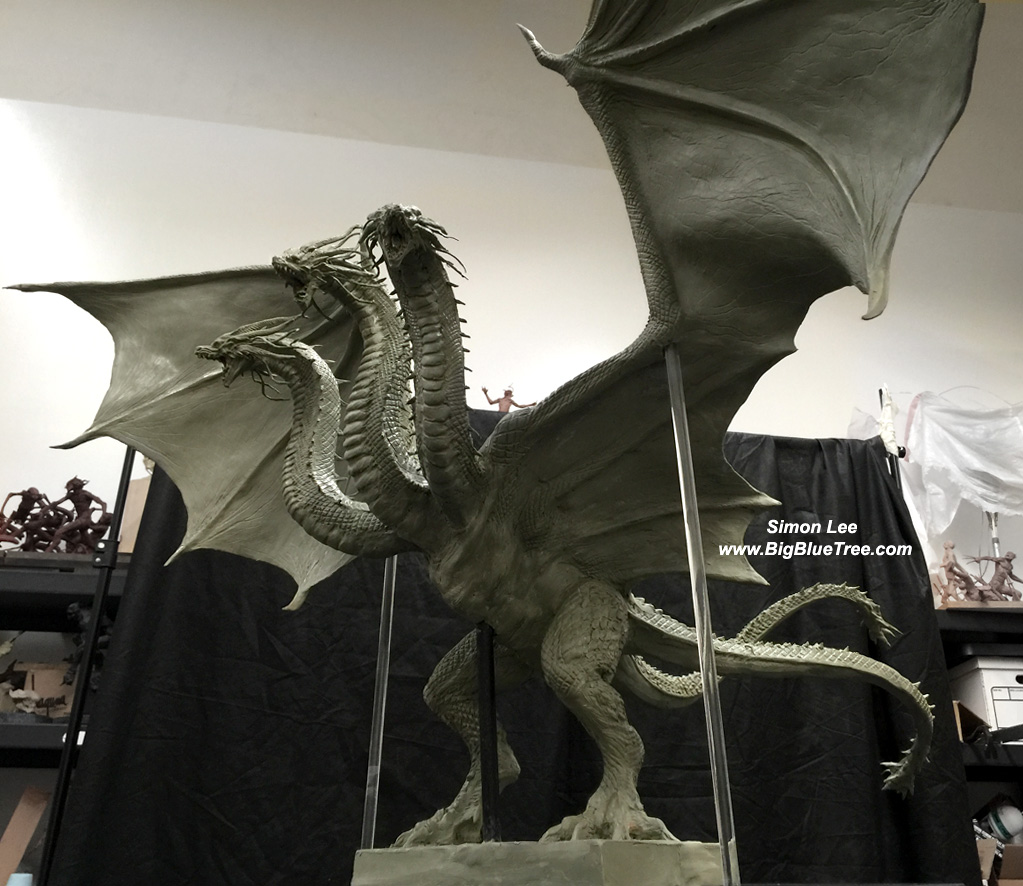 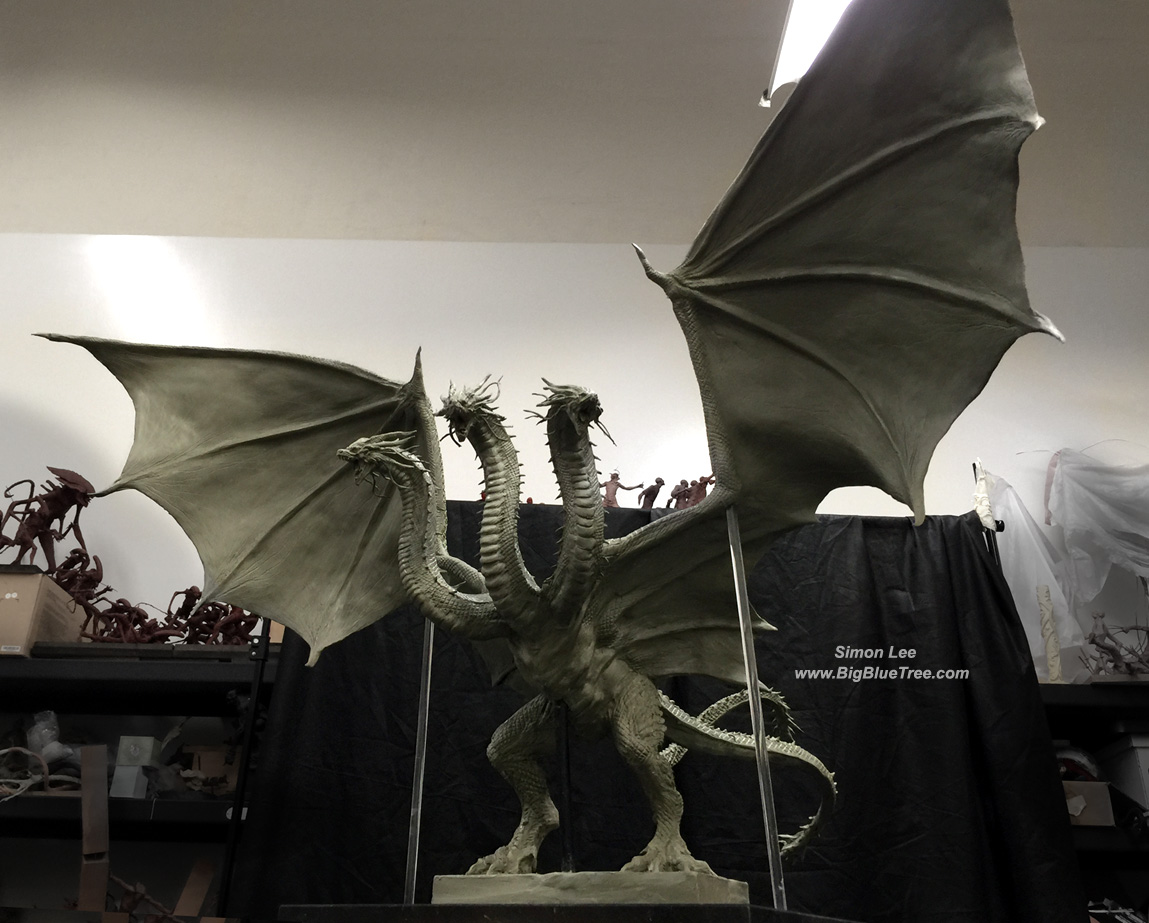 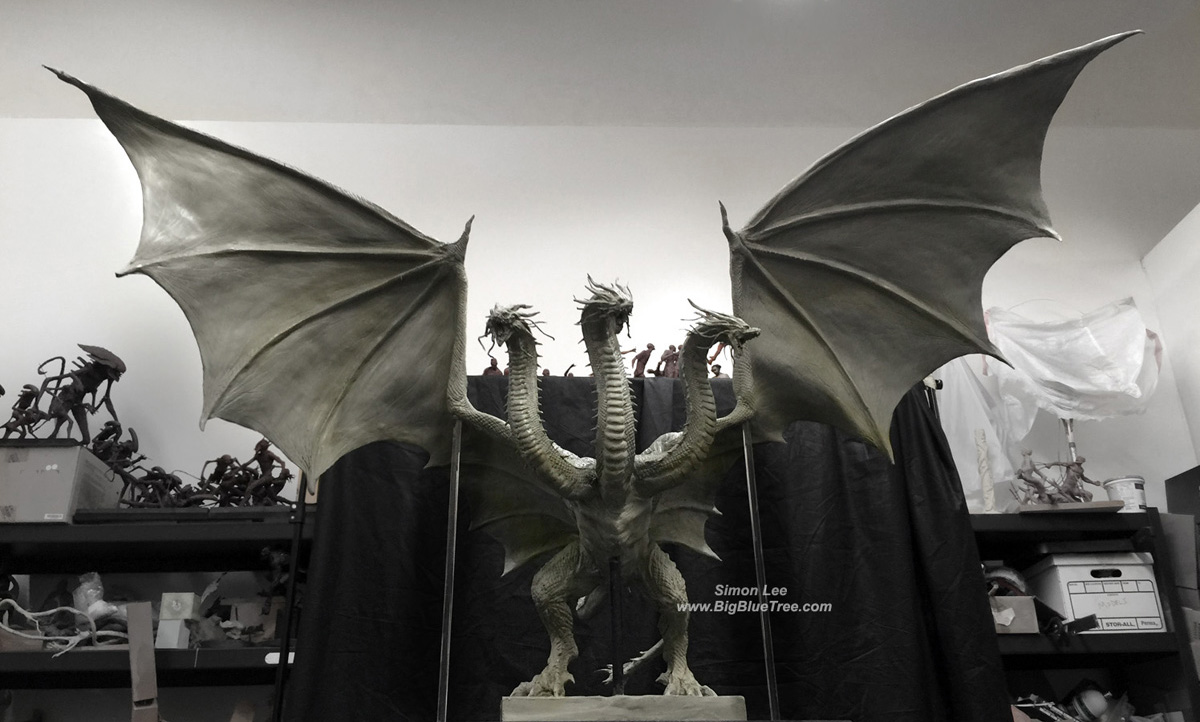 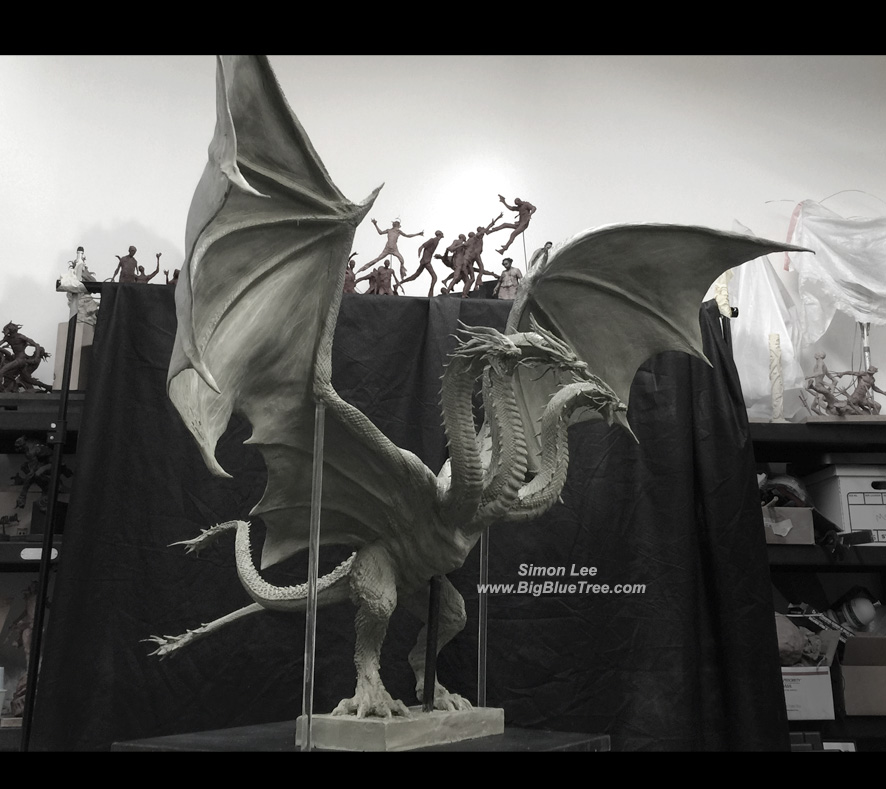 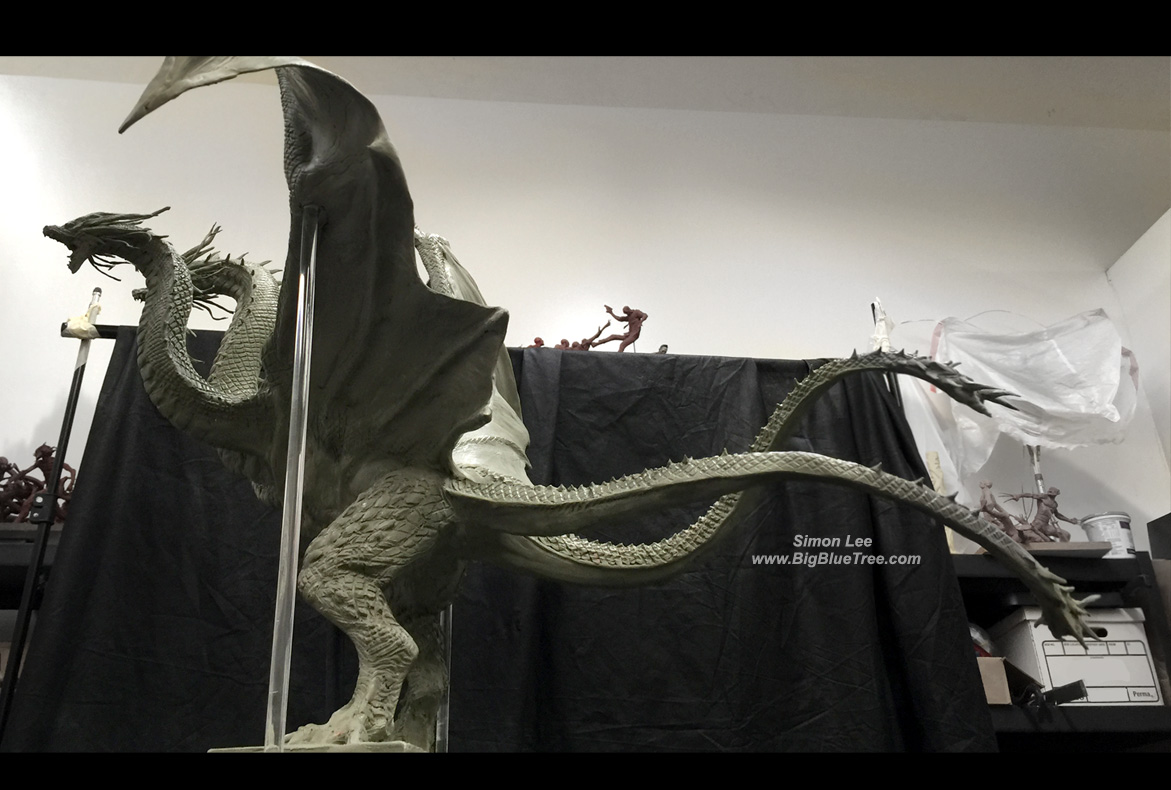 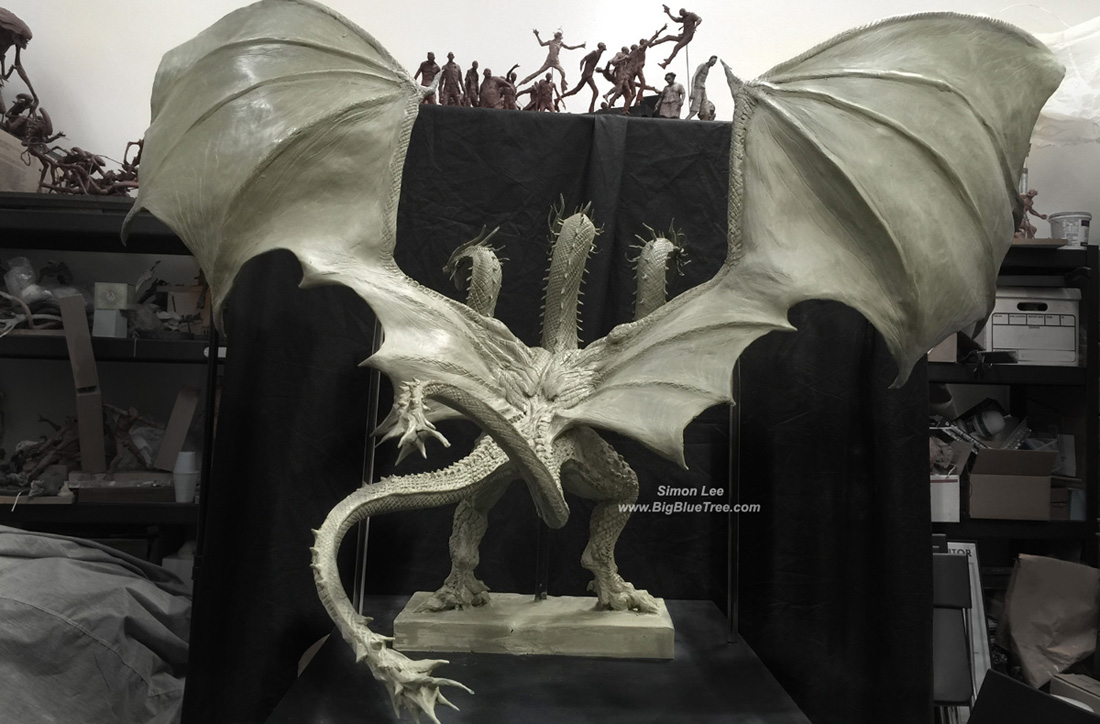